The History of Sex: Graz and Vienna -- It All Comes Together in the Sacher-Masoch Suite -- (Chapter VIII, Part 13)

So far, that seems premature.

Sacher-Masoch's house in Graz is now a place where people go to treat their ills; apparently, the pharmacy even has a plaque commemorating the author of Venus in Furs, but I'm too distracted by the billboard across the way advertising Der Venus Club, a girlie bar that takes its symbol from another Renaissance masterpiece—Botticelli's Birth of Venus (gold and silver plated)—and charges €75 for half an hour with a 'Top Girl' in themed rooms spanning Hollywood, Africa, Harlem… and, um, Britain.

If only I'd known…

Instead, I've booked the 'Wanda Sacher-Masoch Suite' at a hotel in the center.

Leopold and Aurora used to dine at the Erzherzog Johann after the opera, so as part of the 2003 festival, the hotel's owners concocted a cake fit for masochists—the Sacher-Masoch Torte, natürlich (with layers of fruit and marzipan)—and dedicated a suite to the unhappy couple.

Its designer is the same Austrian woman who bullied the Pole for performance art, and the centerpiece is a large portrait of her posing as Wanda in the middle of Vienna's Kunsthistorisches Museum, right in front of Titian's Venus in Furs as well as his Ecce Homo/Christ Before Pilate.


Now, this is all very exciting for me because the photo ties together Titian, his pornographer mate Aretino (as Pilate)... 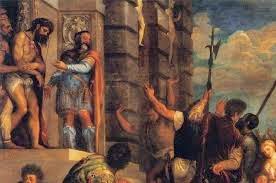 ...and the same saucy model from the Venus of Urbino... 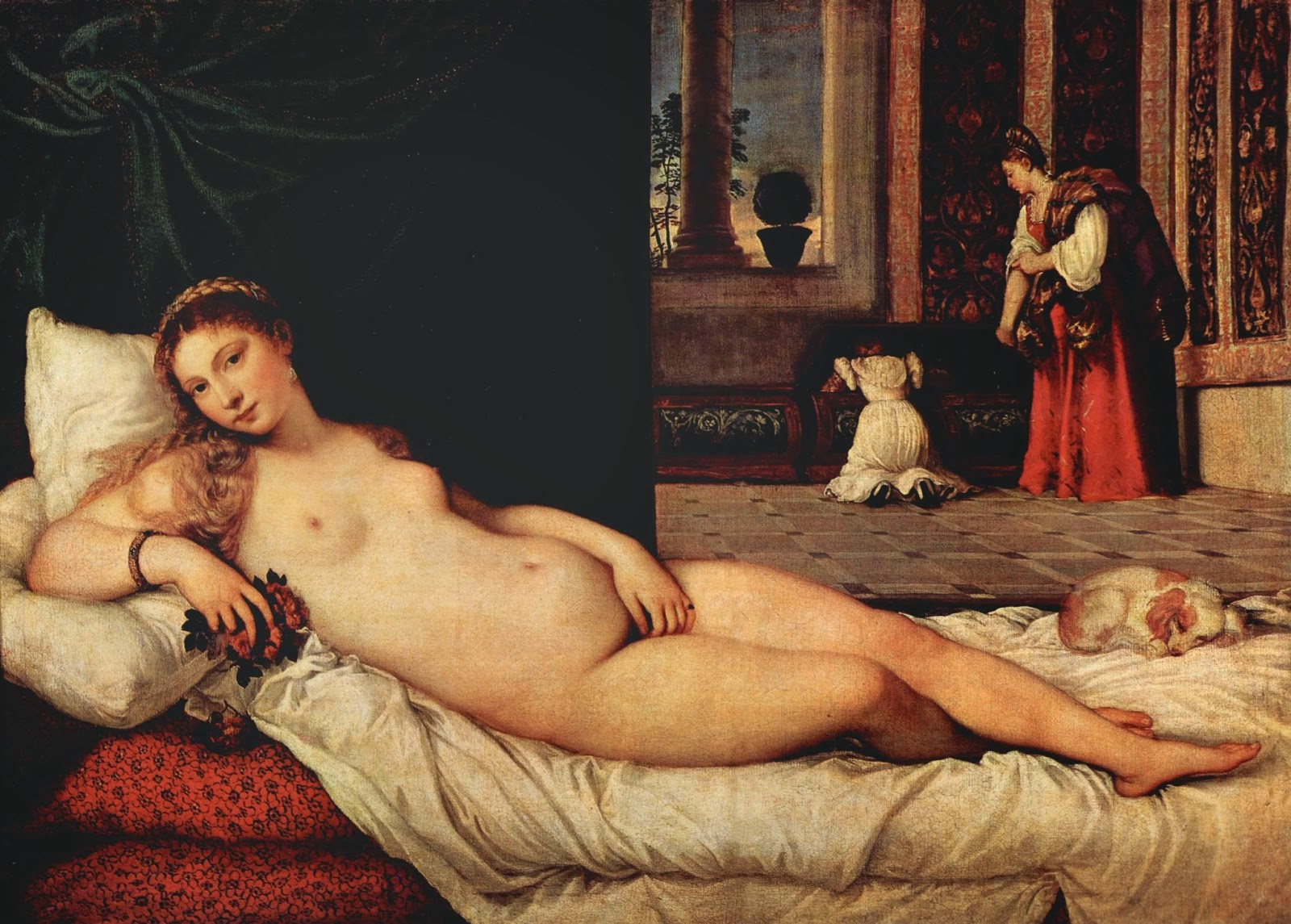 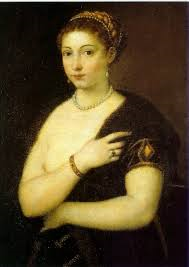 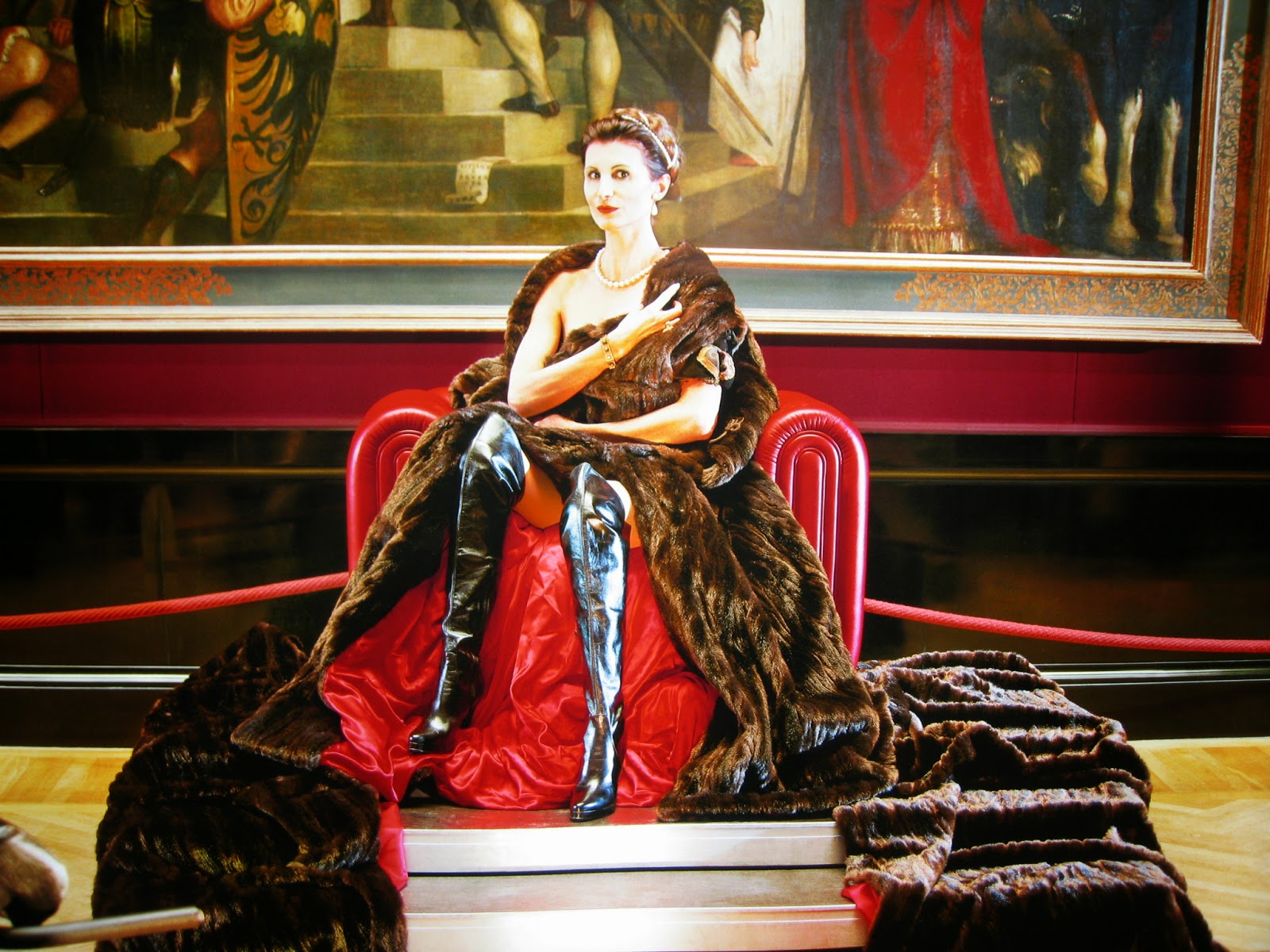 Irene Andessner's Wanda wears thigh-high boots, a corona and a satin-lined cloak with a massive train: the fake fur in the portrait is actually the bedspread of the four-poster in the Sacher-Masoch Suite.

Though the room's color scheme is predictable—black and white with red velvet features—it's the details that take the room gloriously over the top: the (somewhat disturbing) cameo of the artist as Wanda inside the bed's canopy—gloating over you while you sleep (or not)… 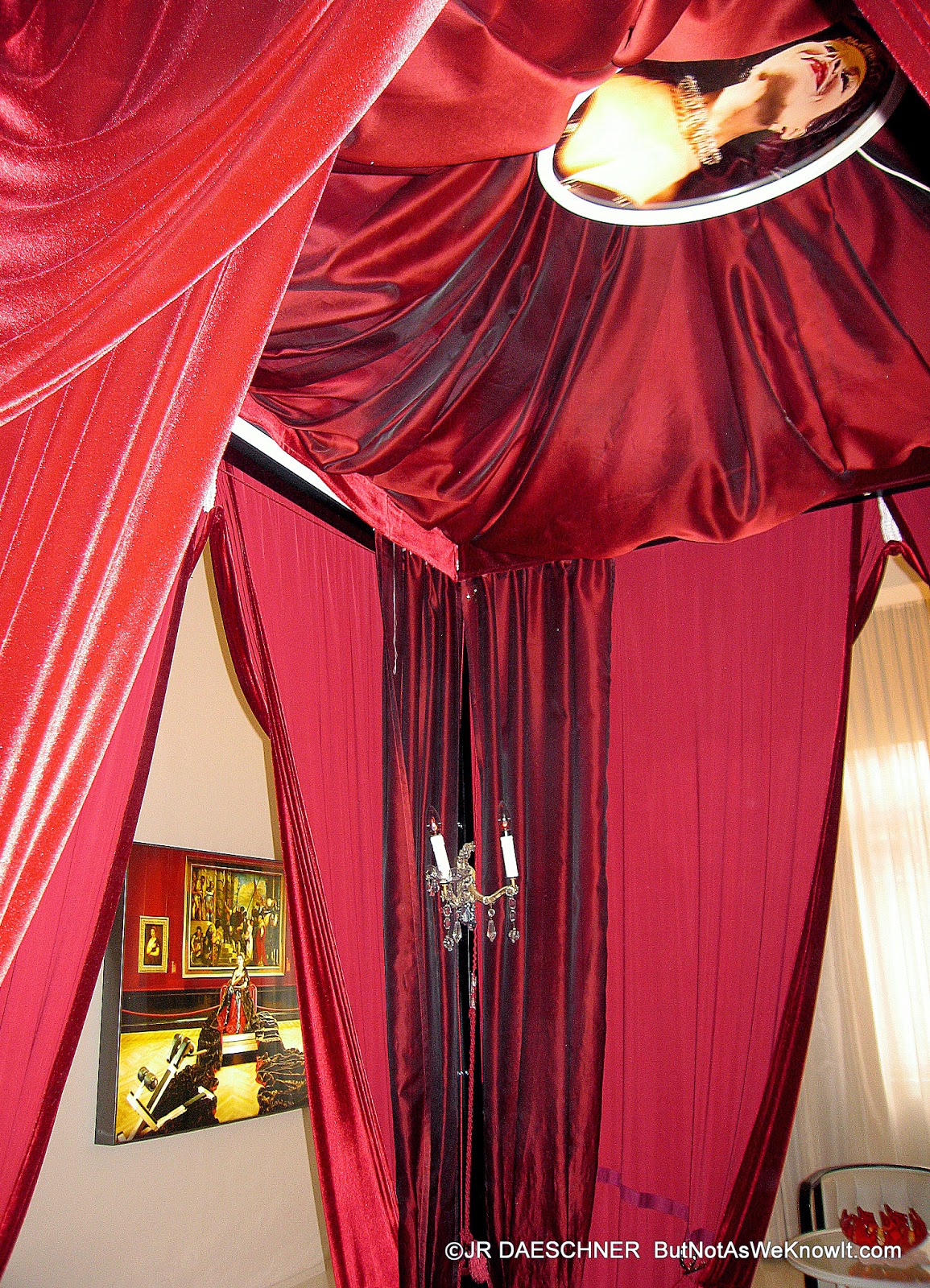 ...the quote from Venus in Furs on the glass panels in the bathroom… the life-sized projection of Venus on the shower wall when the lights are dimmed… and the pièce de résistance: a Gideon's Bible next to the telephone.