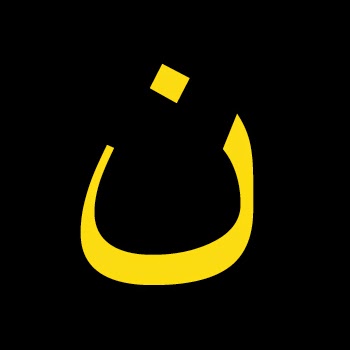 In the end, it was the lies that got to me.

I was in Pompeii, you see, researching what I hoped would be my next big book, a History of Sex that would venture between the past and present, revealing the origins of our notions about love and romance.

Besides the obvious reasons, I'd picked Pompeii because of one little-known fact: the Roman ghost town is the site of the first known reference to the word 'Christian,' dating from around the time that the Apostle Paul visited nearby.

Even more intriguingly, the house that contained the 'CHRISTIANOS' graffiti stands across from Pompeii's brothel (and may have been a whorehouse itself).

But what struck me most was an offhand remark by Pompeii's chief archeologist as he tried to explain the exponential growth of an obscure Semitic sect just a few decades after Rome had crucified its leader like a criminal:

"No religion had ever spread so rapidly in such a capillary manner before."

And that got me wondering why.

Having been raised a Christian, I'd turned my back on the faith partly because I believed the lie that Christianity was anathema to knowledge--I thought that the more you learned about the "real world," the less faith you inevitably had.

As I began to discover, though, that wasn't necessarily true.

If anything, I came to realize that Christians have nothing to fear from learning--while the secular world has a lot to lose from an unbiased look at our past.

I soon learned, for instance, that it was Christ and his followers who gifted the concept of redemption to Western culture--the revolutionary promise that even a prostitute could be redeemed (as opposed to the once-a-whore, always-a-whore ethos of the ancient world).

And it was the early Christians who fought to stop Roman infanticide (making the modern Church's stance on abortion remarkably consistent), while it was Christ's gender-neutral character that enabled women to identify with Him and call themselves Christians--or 'little Christs.'

Contrast Jesus with Mohammed--a celibate pacifist versus a warmonger with a harem--and you can see why feminism took root in traditionally Christian societies.

Whereas polygamy inherently devalues women, it was Paul--the supposed source of Christian "misogyny"--who officially broke with Jewish custom and made marriage one-to-one, mandating that each Christian leader have only one wife and (contrary to Roman practice) actually be faithful to her.

In other words, it's very likely that the only reason Western women dare to demand monogamy from men now is because of centuries of Christianization.

Yet somehow the world continues to slander Christianity as "sex-negative"--and misogynistic to boot.

The cognoscenti will tell you that Sigmund Freud, the father of psychoanalysis, is largely disregarded now, while blithely overlooking his pervasive impact on pop culture and the wreckage it's caused.

For instance, thanks to Freud's declaration that all children want to have sex with their parents (the Oedipus complex), many of his followers dismissed actual cases of sex abuse as wishful fantasies.

And it was one of Freud's disciples, Wilhelm Reich, who helped inspire the Sexual Revolution of the Sixties and Seventies, a period that most documentaries depict as an eminently groovy time to be alive.

But have you ever heard them mention its seedy side?

At a time when erstwhile "perversions"--homosexuality, sadomasochism, etcetera--were being declared perfectly normal, many "revolutionaries" argued that pedophilia was just another avenue for sexploration.

After all, who was to say that consensual sex with children was wrong? Or, as a Dutch magazine for gays put it in 1969, "Why Not Go To Bed With Your Son?"

Modern "pedophile activists" still regard those as the good old days. In the Netherlands, I interviewed the co-founder of an ultra-fringe political party trying to legalize pedophilia.

Who did he blame for putting an end to the child-sex movement? An alliance between an all-but-extinct branch of feminism (they wouldn't have called pole dancing "empowering") and--you guessed it--devout Christians.

That was a truth I heard repeatedly, be it from a dodgy Russian biznesman in Venice or an American pimp in Prague: Christianity acts as a check on decadence.

And time and again, I came across Westerners who were having to relearn history's lessons the hard way.

In Amsterdam, I met a former prostitute turned politician who led a crackdown that shut much of the Red-Light District.

"If you're a Christian organization, people don't want to hear (your views on prostitution) because you're Christian," she told me. "But it's new when a politician from the leftwing says it's not good!'

As for pornography, I interviewed one of the makers of the "Max Hardcore" franchise in LA, a man who's filmed some of the worst violence against women outside of warzones.

Meanwhile, the media routinely hail Hustler founder Larry Flynt as a hero of the First Amendment, a martyr to free speech.

But did you know he once claimed to be a born-again Christian--and that during his conversion, he had a premonition of himself in a wheelchair?

I asked him about it at his headquarters in Beverly Hills. He admitted that if he had closed Hustler after his conversion--rather than continue defending it in court--he might never have been shot, and he wouldn't be paralyzed today.

All of this eventually resonated with me.

Lie after lie, I kept coming back to the faith whose truths had been proven over centuries: rules and values that built Western civilization, not because God is a god of arbitrary demands, but because "God so loved the world."

Sure, I also experienced some personal and professional disasters (it's surprising how low some of us have to go before finally surrendering).

But ultimately once I realized the truth, the inevitable question became--what do you do with it? Or "who do you say that I am?"

Some may question my decision to publish The History of Sex.

Well, all I can say is I prayed about it. A lot. And Larry Flynt was my fleece (but that's another story…)

For those of you who struggle to reconcile faith with the "real world" (particularly sex), take it from someone who's had to learn the hard way: the Truth really will set you free.