Undeterred, a middle-aged man's-man put the guide on the spot.

'Are you familiar with the flying cock and balls?' he asked, using his hands to measure out a length of ambitious proportions.

The guide feigned confusion. Not personally, no.

'It's a penis—with wings,' the man continued, 'I don't know if you're familiar with it, but it was excavated here.' Trying to sound authoritative, like.

'Because my wife, she'd like to buy one.' I'll bet she would.

'A little one—to wear as a necklace.' Lookie here what Hank done bought me in Italy!

Whereas some of us lesser souls might have been tempted to tease the man further—How big did you say it was?—the guide played it straight.

'You should be able to find them in the shops outside.' 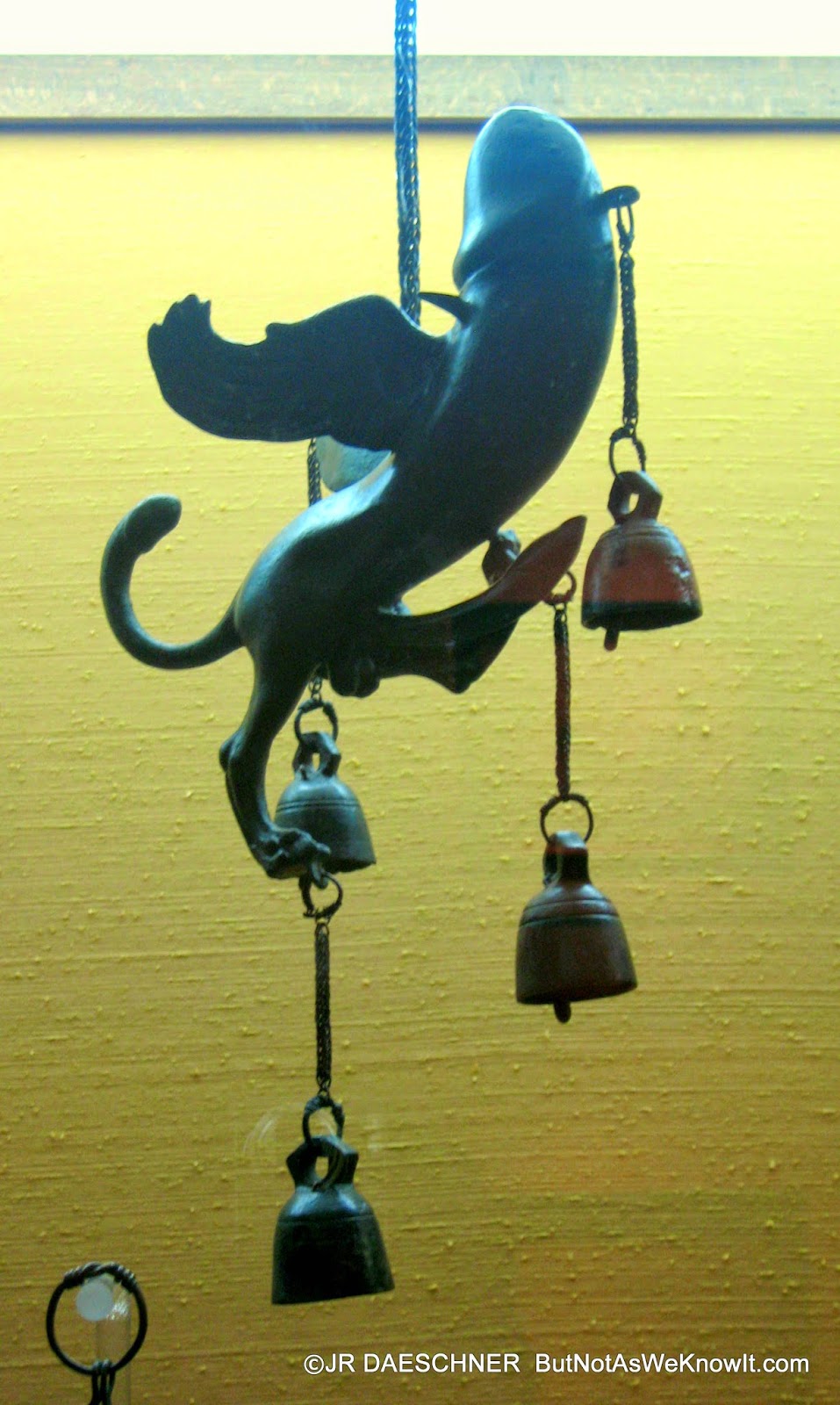 With that incentive, the sightseers went clicking and chattering to the next spot on their checklist, leaving me alone in the time-capsule silence of the bordello.

Traipsing through Pompeii with the other tourists, it was often hard to picture what the town used to look like, let alone what it would have been like to live there.

In its own way, the lifeless bordello was as poignant as the plaster casts of the men and women who perished in the fires of Vesuvius.

As the scene of so much fruitless consummation, the lupanar seemed to symbolize the decadence of the Bay of Naples, a Roman playground all but wiped out by a disaster that until recently would have been called an 'act of God.'

As I later found out, though, what was even more intriguing was the brothel's location.

Although it isn't marked and the guides don't mention it, just across from the 'she-wolf's den' is a place that once contained the first-known reference to the followers of the 'Lamb of God.'

Inside the house, archeologists found the word CHRISTIANOS on a wall: the earliest record of the word 'Christian' in Western civilization—opposite the world's oldest whorehouse—testimony to the eternal friction between sex and religion.