One woman in particular is an affront to his aesthetics: a blonde with collagen injections and perfectly formed fake breasts.

'She's plastic,' he frowns. 'I like my girls fresh off the farm. Ohhhh naturell.'


He perks up, though, as a black-haired girl with dark eyes and caramel skin returns to the stage.

She's got the mischievous, dimpled grin of the girl next door—the cheeky tomboy you played with as a kid—but the body of a woman who's all grown-up now.

John's sure she's aiming her seductive charms right at him. 'She knows me. Her name's Adriana. I met her two weeks ago through Tarra White—'

That doesn't sound like the John I know, but Adriana does seem to recognize him as she trawls the tables afterwards offering lap dances.

'Does he mind you doing this?'

Adriana's surprised that I should ask. 'No. We're getting married next year.'

John seems somewhat embarrassed as he escorts me and my faux paus out of the club.

'Czech men don't mind their girlfriends doing this,' he explains. 'But for us Westerners, it's different.'

The History of Sex: Prague -- Another Kind of Christmas Market -- (Chapter X, Part 31)

Sure enough, the basement theatre of the Alhambra still exists, attached to a hotel and casino, but it's been overshadowed by the flashier name of Goldfingers.

I'm probably more excited than I should be to set foot in a club where I know Cold War spies used to get their kicks—I'll bet even Che Guevara whored here—but my American guide doesn't really know or care about the history.

He's never been here before, having assumed that it's just like any other strip club.

'Most of my clients when they come to Prague want stinkfingers; not Goldfingers—know what I mean?' 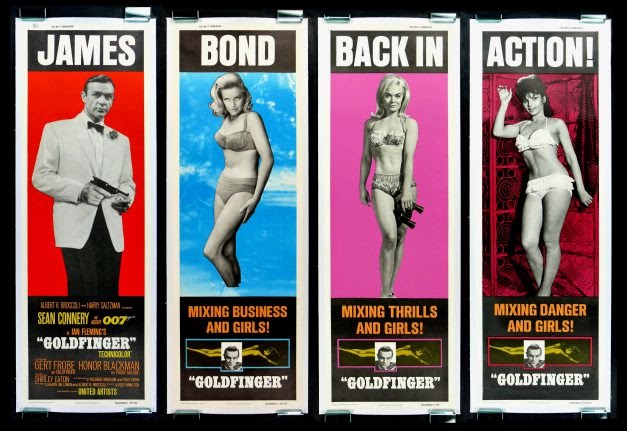 In that case, maybe they should sample some fried carp, a Christmas delicacy here.

Outside, the Yuletide market has been shuttered for the evening, but its tree is shining and Johnny Mathis is cooing 'Silent Night' over the square.

There's also a tree inside 'Goldfingers & Alhambra,' and if it's not exactly silent, it's certainly a relatively quiet night in the club.

The ambience is that of an old theatre converted into a state-of-the-art strip joint.

While fat cherubs frolic across the ornamental carvings on the upstairs balcony, lights flashing red, blue, green and yellow explode off the disco ball on the ceiling, filling the club with swirling, Technicolor sperm.

The entertainment onstage consists of solo shows and synchronized stripping, usually with a leitmotif for added interest—Lesbian Slut-Nuns or All-American Horndogs, that sort of thing.

With or without the poles, the East Europeans perform death-defying dances on foot-high platform heels, getting naked to songs chosen by someone with an evil sense of humor.

'Is This Love?' wails the soundtrack. Somehow, I don't think so.

'Wanna Know What Love Is'? Well, this probably isn't the place to find out.

Feeling 'Torn'? Then you shouldn't have posed for defloration.com.

Weirdly, given the Alhambra's past, this is the only place I've seen in Prague where the girls strip down to their landing strips.

But the ironic coup de grâce announces itself with a jangling intro—that unmistakable bass… the brassy trumpets—the James Bond theme!

'Well, how was it?' my 'friend' leers afterwards, sitting alone in the bar. (Martina's off screwing another john.)

'Were you happy with the service?'

'Yeah. She was gorgeous.'

That's my line, and I'm sticking to it.

And anyway, John pretty much fills in the rest of my hour for me: 'Did she give you a shower? Was she enthusiastic? Because some of them just lie there. Was she shaved? They're very clean, don't you think?'

'What was the name of that girl again? Linda? I'll have to remember her: Twenty-four. Lives in Prague. No kids—and no scars or anything?'

I couldn't say, but the best answer is probably no.

'Good. No stretchmarks. A lot of clients don't like that.'


I can't help but feel sleazy. Just one night of this warps me; maybe that's what happened to the nice guy John used to be.

At my insistence, though, we round out the night by returning to Wenceslaus Square and an upscale strip club that used to be a Communist hangout.

Ladislav Bittman told me he took the KGB's chief of disinformation to the Alhambra during a night on the town in 1965, joking that by leaving their panties on, the girls had performed a 'socialist striptease.'

But even that was too decadently Czech for the visiting Soviet. 'During the first break indicated he was ready to return to the embassy.'