Intro: In the Beginning...

Without getting all ontological about it, attending Europe's first US-inspired 'Masturbate-a-thon,' gets me thinking: how on earth did we get here?

You can read the introduction here.

Chapter I: Wolf-Bitches and the Lamb of God: Whores and Christians at Pompeii

The ancient Romans really knew how to have a good time before the Christians came along, right?

While visiting the world's oldest brothel at Pompeii (just across from the 'House of the Christian Inscription'), I find out that the West inherited much of its 'sex-negative' views from the great pagans of yore.

I also learn how to talk dirty in Latin, courtesy of the chief archaeologist at Pompeii. 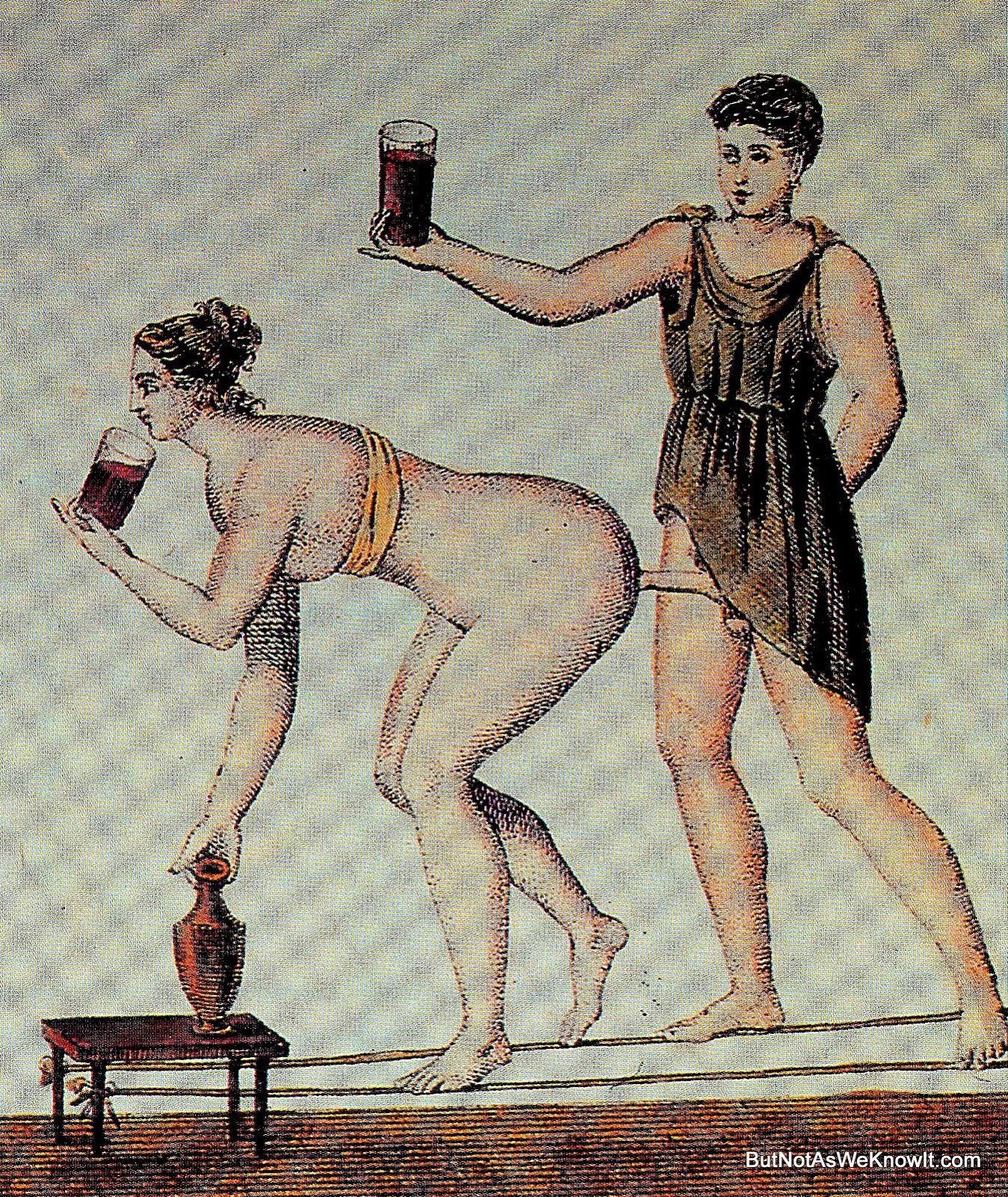 You can read Chapter I here.

Amid all the guff about East v. West, hardly anyone has noted the fundamental difference between our cultures: whereas the West modeled itself on a crucified peacenik who died a virgin, the East opted to follow a warmonger who married at least ten wives (including a nine-year-old).

Nowhere is this divide more apparent than in Istanbul: the Sultans' Palace houses Mohammed's battle relics right next to the Harem.

With a gay Kurd as my guide, I reveal the impact of Islam on Western sexuality and visit a modern counterpart to the seraglio. 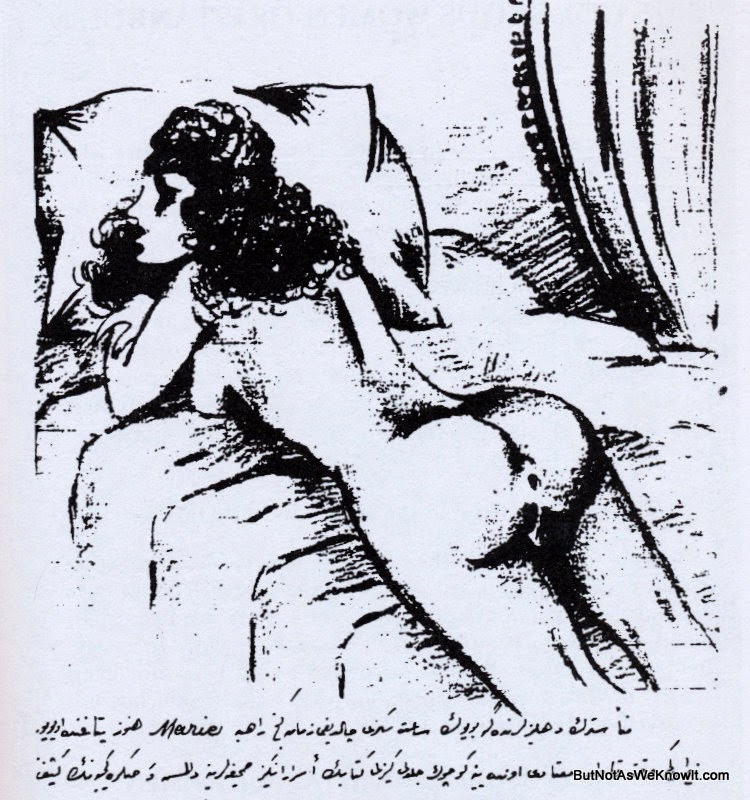 You can read Chapter II here.

Chapter III: A (Relatively) Chaste Interlude: Romance and Celibacy in the South of France

Traveling to the home of the troubadours, the Cathars and The Da Vinci Code, I find that the spirits of medieval hedonists are very much alive.

A modern minstrel explains to me how France invented the modern love song (though, sadly, we're still as clueless about love as ever).

And while reincarnated heretics abound in 'Cathar Country,' their traditional persecutors -- Catholic priests -- are literally dying out: in the land of oo-la-la, celibacy is a tough sell. 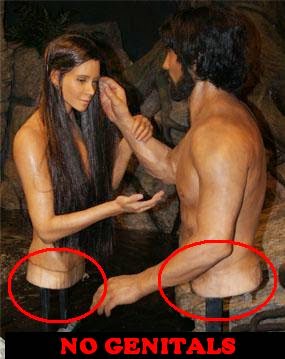 You can read Chapter III here.

Ironically, the Renaissance rediscovered the human body but also led to its ruination via the first sex plague: syphilis.

After attending a Casanova-themed ball, I venture to Florence to see the syphilitic art in a grisly anatomical museum and also visit the Uffizi, home to a painting so scandalous that Mark Twain called it 'Titian's beast.'

Along the way, I chart the history of the clitoris, which was (re)discovered by a man named Columbus -- only to disappear again for another 400 years.

You can read Chapter IV here.

Chapter V: Protesting Too Much?: From 'the Protestant Rome' to 'Le Petit Paris' in Geneva

Typically cast as uptight and sexless, the forefathers of the Puritans were anything but.

In fact, Catholics demonized Calvin, Luther and the other ringleaders of the Reformation as sexual libertines.

And sure enough, all the marrying and frolicking among the defrocked led to a Protestant innovation: divorce.
In the erstwhile 'Protestant Rome,' I visit the new Museum of the Reformation -- which sells everything but Calvinator sex toys in its gift shop -- and make a date with a Genevese matchmaker to find out how hard it is to find a 'soulmate' (a concept popularized by another proud 'Citizen of Geneva,' Rousseau).

I round out my trip with an example of modern auto-erotica: the 'booth babes' of the Geneva Motor Show.

You can read Chapter V here.

Chapter VI: Juan for the Boys: Sex and Death in Seville

Seville boasts about its link to a fictional womanizer and murderer, but you don't hear much about its other contribution to world culture: the home of Don Juan was also the headquarters of the Spanish Inquisition.

While revealing how the 'Holy Office' shaped sexual mores in Spain and the rest of the world, I contrast modern pick-up manuals like The Game (and its Spanish copycat) with the real-life inspiration for Don Juan... who may have been gay.

I also stumble across Seville's recent history of white slavery and meet a flesh-and-blood Don to ask: are modern men so mixed up that even Spaniards need help seducing women?

You can read Chapter VI here.

Given that it's the country that put the S into S&M, fetish clubs are surprisingly scarce in France.

Traveling to the Marquis de Sade's old whipping grounds in Provence, I witness the premiere of Sade: The Ballet and meet the chateau's new owner (Pierre Cardin) and the producer of Emmanuelle (now the mayor of the village in A Year in Provence). 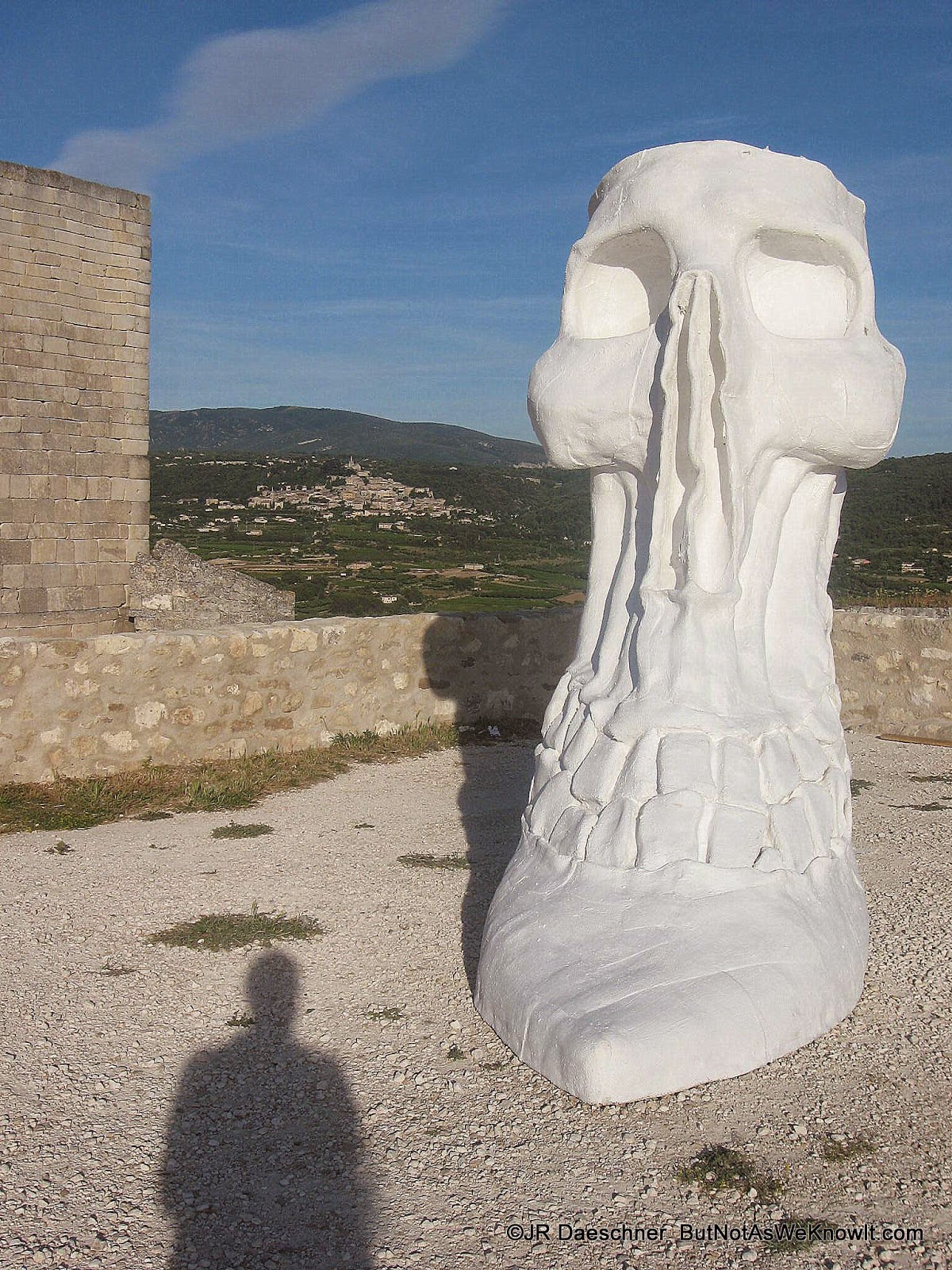 You can read Chapter VII here.

Chapter VIII: And Venus Laughed: How Siggie & Co Got Us All Jiggy in Fin-de-Siècle Graz and Vienna

Fin-de-siècle Austria sexed up society as we know it, and in this chapter I find out how the study of sex led to its commercialization, starting with the mild-mannered psychiatrist who came up with many of the terms we still use today ('heterosexuality,' 'homosexuality') -- and named 'masochism' after a famous colleague.

During my trip to Graz (the hometown of Arnold Schwarzenegger), I stay in the hotel suite that's a shrine to masochism, sample its 'Sacher-Masoch Torte' and attend a meeting of kinksters at a rustic Austrian restaurant. 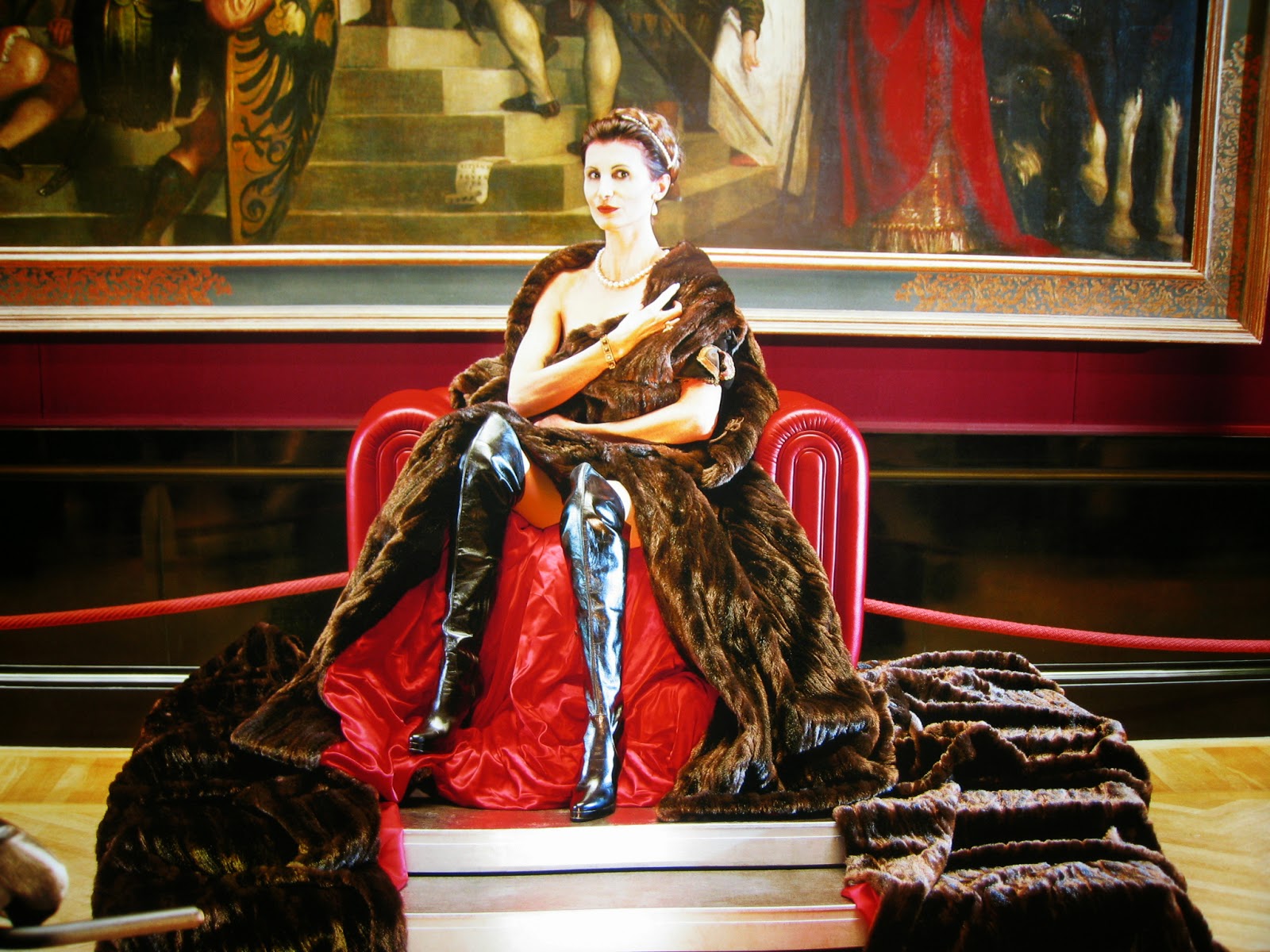 Contrary to what you might expect, the world's first gay-rights movement didn't begin in London, Paris or Amsterdam -- or even New York -- but in Berlin.

Armed with tips from a gay Israeli, the German author of Blow Me! and the curator of the world's only Gay Museum, I venture into a darkroom in the neighborhood where Auden and Isherwood trawled for rentboys to discover how the Nazis nearly destroyed Germany's gay community.

When it came to sex, the founders of Communism were downright puritanical.

However, the nuclear threat convinced their successors that preventing The End justified any means.

To find out about 'sexpionage,' I travel to Prague and track down a Cold War spy, contrasting the bad old days of Big Brother secretly filming dignitaries' indignities with capitalist innovations like 'Big Sister' -- a club where the girls are free, so long as you allow your sexploits to be broadcast on the Web.

On a 'brothel tour' run by an American free marketeer, I wind up in a joint where Che Guevara and the KGB partied.

Only now, the girls strip to the James Bond theme.

Chapter XI: A Revolution for the Whole Family: Sucking it to See in Amsterdam

Believe it or not, the Netherlands was virtually as tame as tulips before the Sixties, with the Dutch Bible Belt being more the rule than the exception.

In fact, it was a change of heart among leading clergy that put the country at the forefront of the Sexual Revolution.

However, few people realise just how radical many revolutionaries were: I explore the hushed-up child-sex side of the Sixties, as well as the double standards that led to Germaine Greer, author of The Female Eunuch, being screwed over by the boys at a 'sexpaper' called Suck.

Nowadays, the Revolution is facing the mother of all backlashes in Amsterdam.

I talk with characters ranging from a prostitute-turned-politician to the King of the Red-Light District (and his Polish heir apparent) about the country's new conservatism -- at a time when its residual liberalism has allowed a 'pedophile party' to campaign for election. 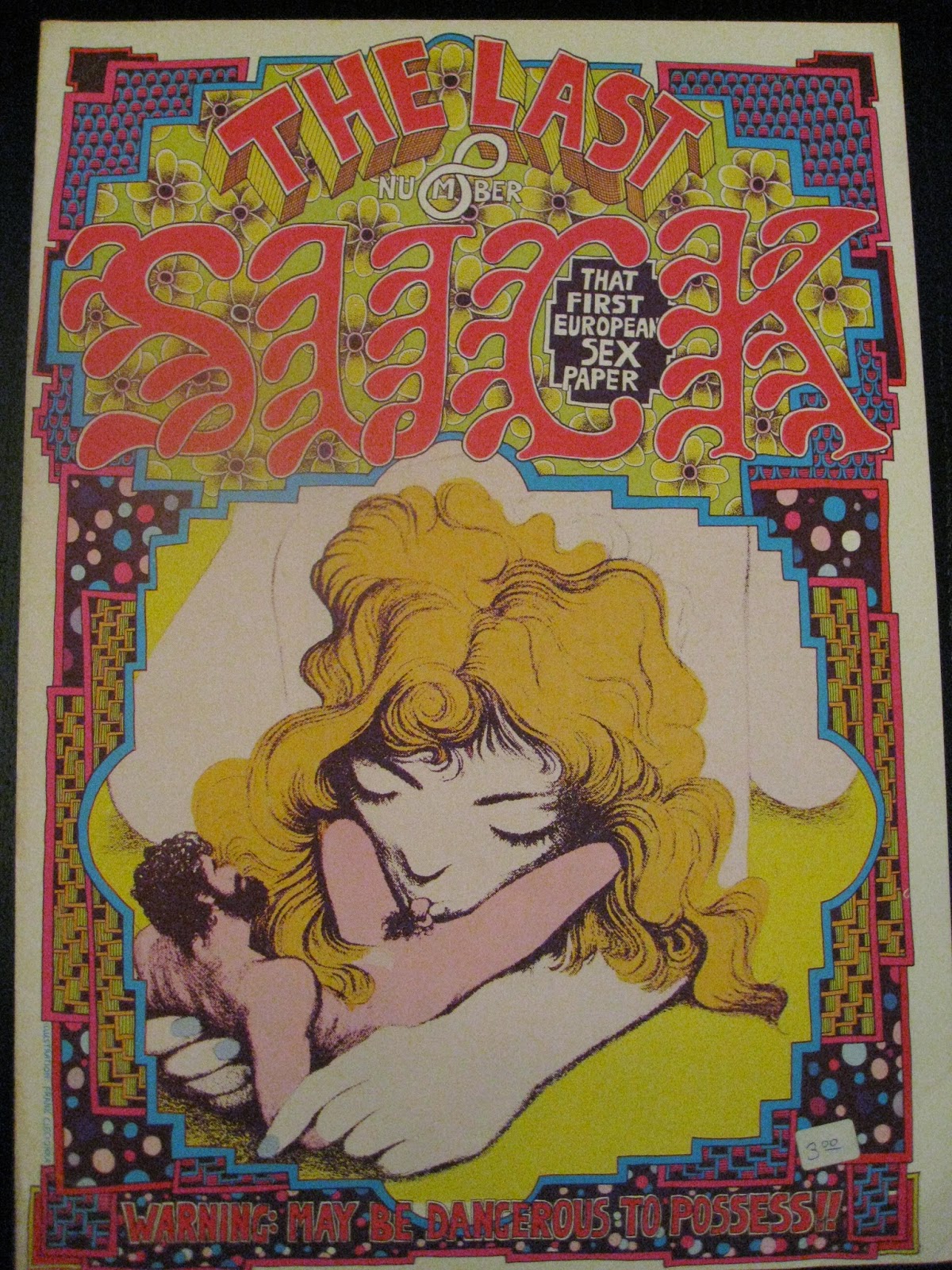 Chapter XII: Back to the Sexual ABCs: The L, F and G Words in Lesbos

As I near the end of my journey, I venture to the isle of Sapphic love to find out about the bitter turf war between foreign lesbians and native Lesbians.

I also examine how women's liberation has changed our worldview -- particularly through books like The G Spot, which makes the past century sound like the sexual dark ages.

At the same time, I can't help wondering: why has the post-feminist world produced so many clueless women? 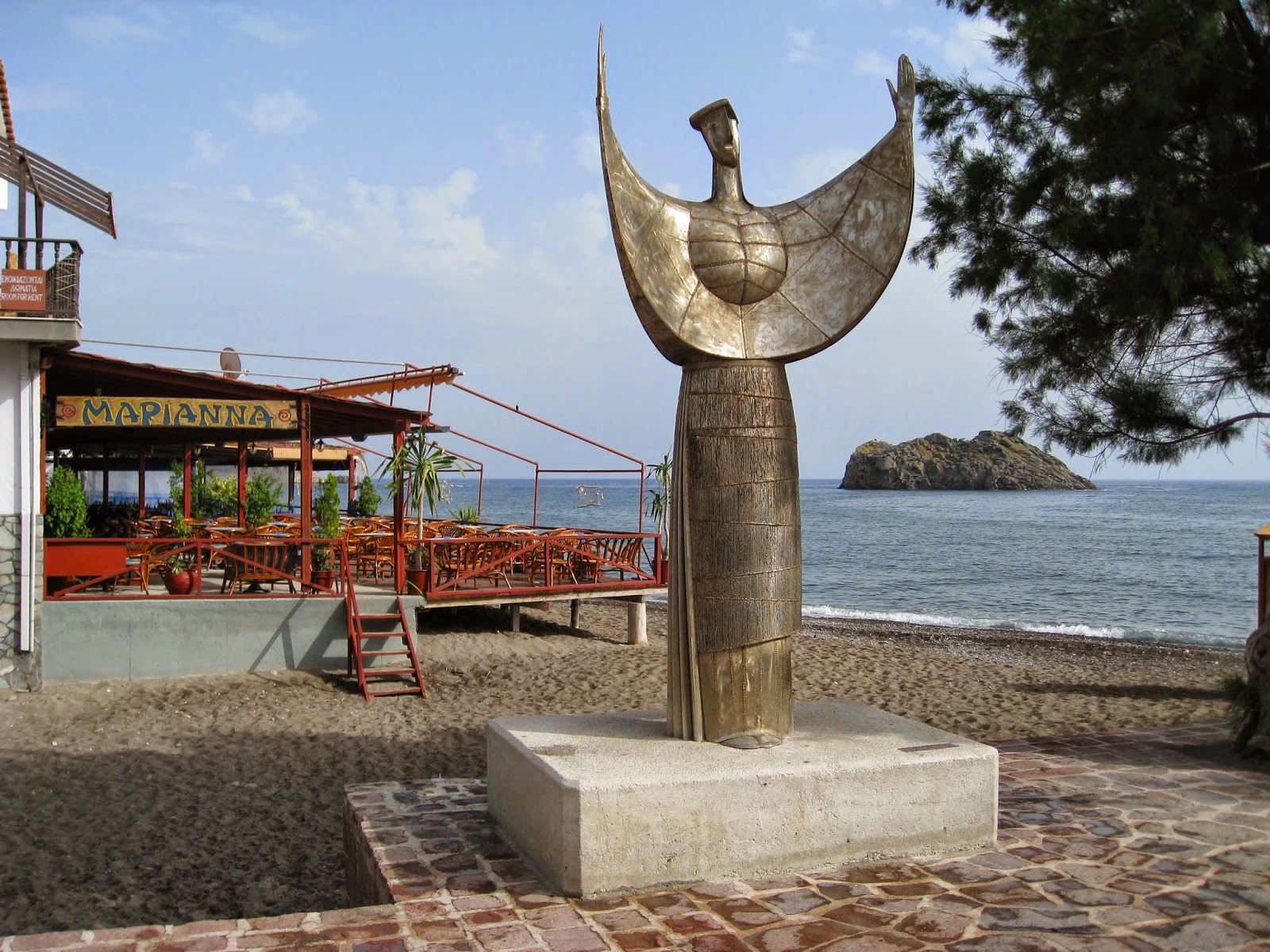 As birth rates decline in the UK and the rest of the increasingly Old World, I explore the theory that the media are out of synch with reality, projecting a sexed-up image of society when we actually may be having less sex than our supposedly repressed ancestors.

Likewise, many so-called 'sexperts' seem to have less historical perspective than a mayfly.

In a back-to-the-future moment, I meet a young, queen-of-green guru who ends up recycling the same old platitudes from the Sixties, and I make a pilgrimage to 'Dear Deidre,' the agony aunt who turns out to have bona fide feminist credentials.

Amid all the current doom and gloom, I ask, are there reasons to be hopeful about the future? 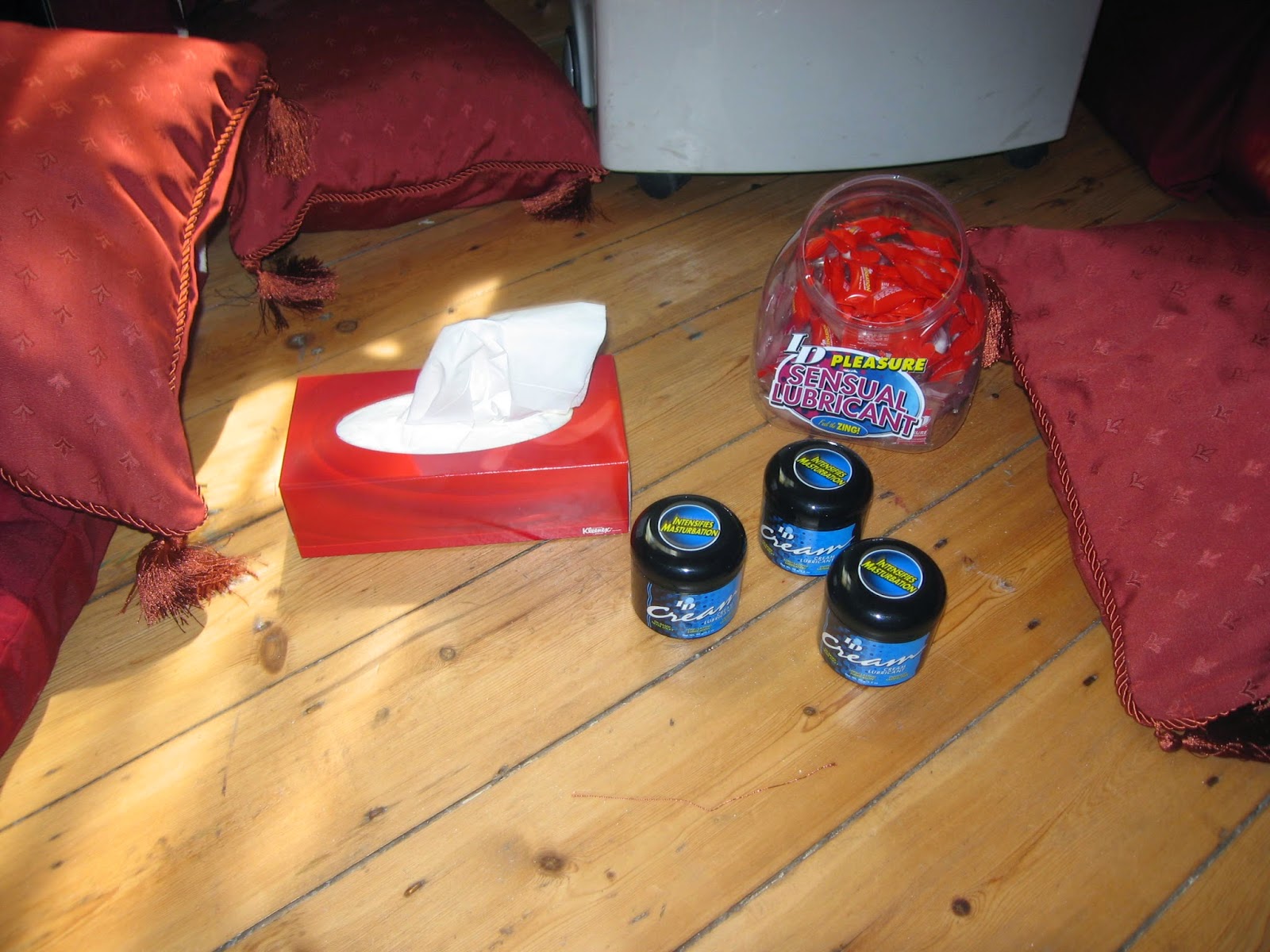 As the richest, most advanced superpower on the planet, with a sphere of influence encompassing the globe itself, America is often described as the Roman Empire of our time.

And given our military might and cultural impact, I've wondered if the graffiti at Pompeii doesn't hold true for us, too: 'The American rules by arms and vices.' 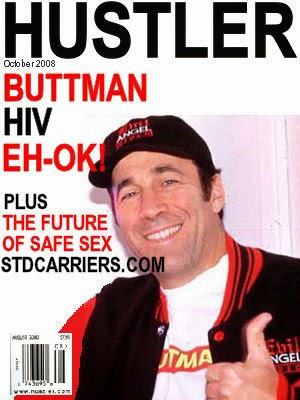 Conclusion: Was It Good For Us?

Without getting all preachy about it, I highlight what I've learned from my journey and argue that -- contrary to what you might think -- we really should be having the best sex (and relationships) ever.