The Romans liked to blame prostitution—and homosexuality—on the Greeks, who had in fact created the first system of secular whorehouses in the sixth century BC (temple prostitution goes back to the Babylonians).

As with so many other Western institutions, though, historians reckon that large-scale organized prostitution began in Rome.

Whereas the Greeks had dreamt up a poetic euphemism to describe the better class of prostitute—hetaira (a 'companion' or 'lady friend')—the Romans had a strictly utilitarian term for hookers: meretrix—an 'earner' who made money from her body. 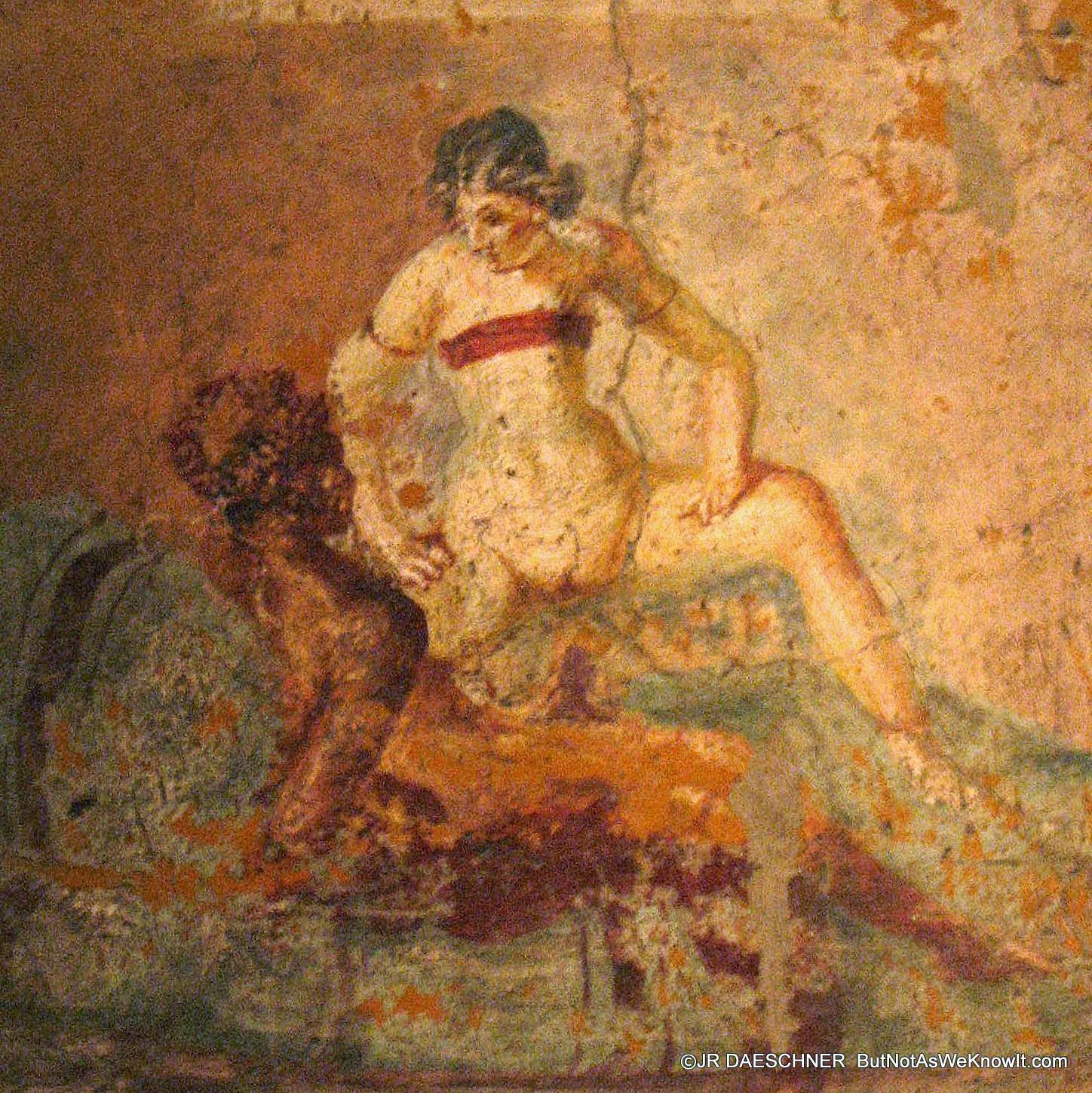 Likewise, prostitution was a necessity to keep men from destroying the cornerstone of Roman civilization: the family.

'Cato the Censor expressly advised young men to go to prostitutes so that they would not steal other men's wives,' Varone says.

And whereas adulterous women and their lovers could be killed on the spot, there was no penalty for husbands who whored around.

An expert on prostitution in ancient Rome, Professor Thomas McGinn, notes that hookers were required to register with local authorities—not for health checks, but to keep them quarantined from honorable women. It wasn't until the reign of Caligula in 40 AD that the state effectively legitimized prostitution by imposing a tax on it.

In his quest to remake the Empire in his own morally debased image, the emperor opened a brothel in the heart of Rome on the Palatine—supposedly the very hill where Romulus and Remus had been suckled by a lupa.

Estimates of the number of brothels in Pompeii range from just a handful to as many as 46, though small-scale prostitution was on offer all over: in the bordellos, the public baths and the kerbside 'cribs' used by streetwalkers—as evidenced by the boastful graffiti found in one inn: