Our next stop is a suburban house-turned-brothel that's owned by Russians and run by a sour Romanian.

'It's interesting what they've done with the place,' John remarks.

That's one way of looking at it.

What was once the front room of the house is now a bar, and the large sitting room is lined with cracked, fake-leather couches and Klimt prints.

The nook in the corner where the TV might have been is now home to a live entertainment system: a small dancefloor with mirrors on three sides and a pole in the middle.

The hookers make their entrances and exits via the sliding patio door. 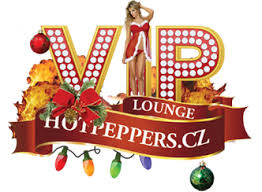 'She charges 6,400 crowns for nine hours. You can't beat that anywhere,' he says, stroking the back of her arm. 'That's about two hundred euros.'

'Two hundred and twenty-five euros,' she corrects him.

'She's one of the best in Prague. She's really enthusiastic and lots of fun.'

Frankly, she'd have to have enough enthusiasm for both of us.

Ditto the girls at a couple other dives.

I'll spare you the one where the strippers are so uncomely they don't even dare take their tops off and skip straight to the basement joint where the head whore supposedly insists on the manager shagging her every day; otherwise, she and the other girls will walk.

A tall redhead with a big nose and small chin, Lenka's gussied up in black lingerie and walks with a stoop, as if her suspenders are too tight.


According to John, Lenka started her career on a non sequitur: she was so keen to lose her virginity, she decided to become a prostitute.

She's now fallen in love with a British john named Nicholas, after the patron of Christmas and whores.

When ol' Nick came back for more jollies, however, Lenka told him she wouldn't sleep with him again—because she loved him.

He promptly left for London, and she's been texting him ever since.

'Half the girls get into this business because they want to find a boyfriend or a husband,' John claims.

Indeed, Lenka goes gooey-eyed at the mention of Nicholas, tilting her head and clasping her heart... while rubbing a gartered leg against my thigh.