No sex history would be complete without Vienna, so inevitably our trip involves shlepping to the capital, where Krafft-Ebing was promoted to head the psychiatric department at its university.

The country doctor arrived during Carnival season in 1889, just after the Crown Prince's suicide-murder.

One of his first outings was an asylum gala that featured lunatics dressed as cannibals, Bluebeards… and Jack the Rippers.

By that time, Krafft-Ebing's work had become required reading for anyone interested in sex, particularly a struggling, fame-hungry neurologist named Sigmund Freud.

It's a shame to have to waste much space on the Father of Everything's Phallic, but Freud's impact on the present day is so pervasive it's unavoidable.

Amid all the hagiography masquerading as fact, the best book I've read on 'Uncle Siggie' is Richard Webster's devastatingly methodical critique, Why Freud Was Wrong, which demolishes the Freudian myth mainly because the author is so generous in trying to explain Freud's mistakes.

Not only is it a wise book in its own right, but it's also a thorough review of the evidence for and against Freud. I've also made cross-checks based on Freud's own writings and at least one title approved for sale in Vienna's Freud Museum.

The black comedy of Freud's career began with spectacular failure.

In fact, to this day, his followers don't like to talk much about the father of psychoanalysis being the godfather of the cocaine industry. Instead, they refer po-facedly to his ill-fated fling with the white stuff as 'the Cocaine Episode.' 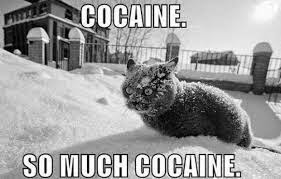 At the age of twenty-eight, Freud had very little to show for all his years of studying, let alone his parents' belief that their 'Golden Siggie' would someday be a great man: a medical Moses, if not the Messiah himself.

Stuck in a lowly job as an intern in Vienna's general hospital, he couldn't scrape together enough money to marry his fiancée.

But then he claimed 'a lucky strike:' he found a paper by an army surgeon who noted that Andean marching powder seemed to pep up German soldiers.

Freud then dug up some obscure research published in Detroit claiming that cocaine could be used to wean morphine addicts from the arms of Morpheus.

Unbeknownst to him, this 'research' was sponsored by a (Detroit-based) drug company aiming to create a market for its star product—cocaine.

Judging from Freud's behavior throughout his career, though, it's doubtful that this knowledge would have deterred him.

Convinced of cocaine's potential as a panacea, the young doctor forked out for a sample of the pharmaceutical industry's finest in May 1884 and concluded that it was a 'magical drug:'

'I take very small doses regularly against depression and indigestion, and with the most brilliant success,' he raved to his beloved.

I think we can assume it was the coke talking.