The morning after the masque, Lena and I take a boat to Venice's train-station-on-the-water to see the fallout from the Renaissance.

One of Titian's most famous works hangs in the Uffizi in Florence.

When Mark Twain saw 'Titian's beast' in 1879, he suffered a near total lapse of humor: 'There, against the wall, without obstructing rag or leaf, you may look your fill upon the foulest, the vilest, the obscenest picture the world possesses,' he fulminated.

'I saw a young girl stealing furtive glances at her; I saw young men gazing long and absorbedly at her; I saw aged infirm men hang upon her charms with a pathetic interest… Without any question it was painted for a bagnio'—or brothel—'and it was probably refused because it was a trifle too strong. '

Visiting the Venus of Urbino now, you wonder if you've got the right picture. 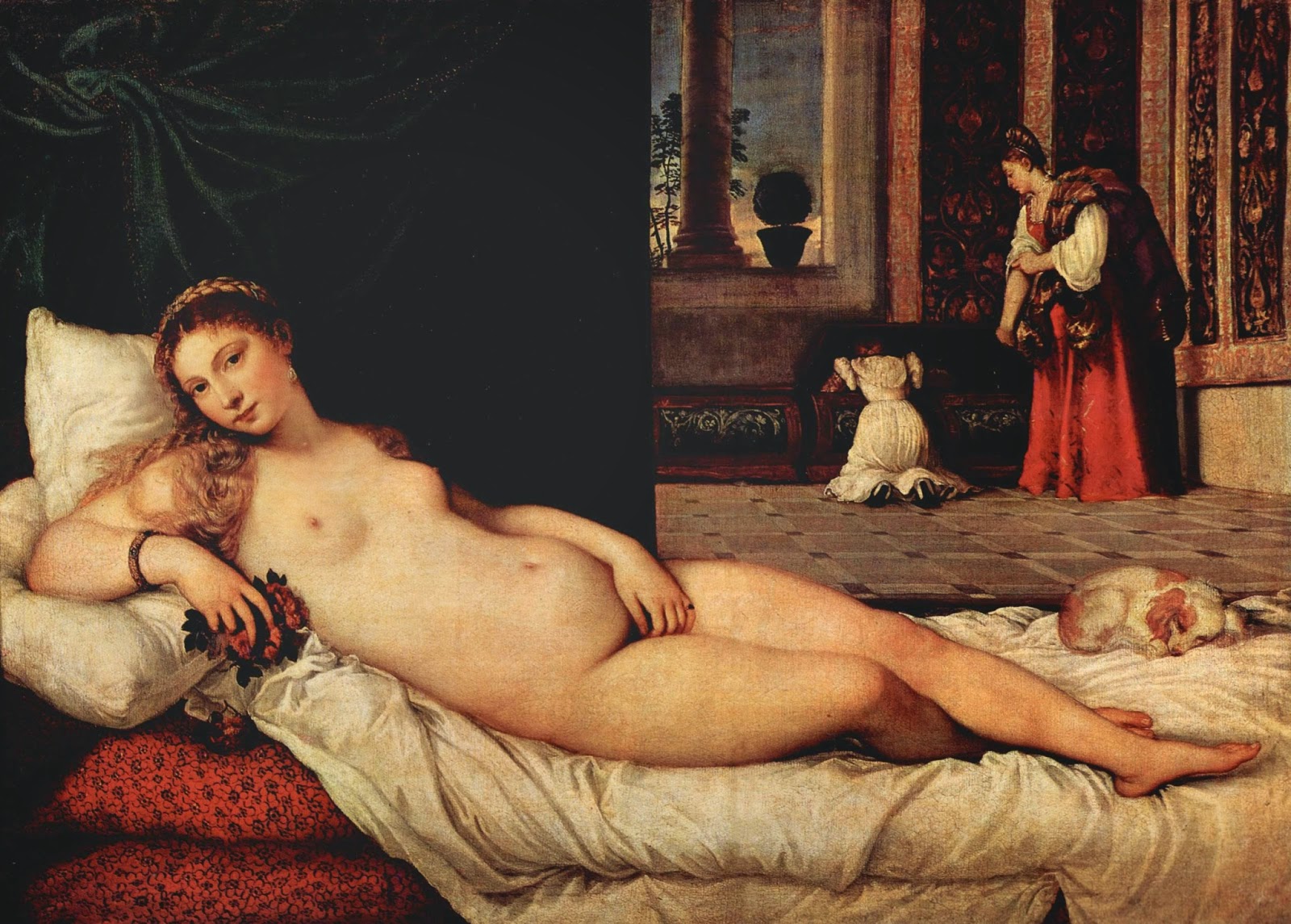 The lisping Englishman on my audioguide—he starts off describing 'the grotethqueth frethcoed on the theilings'—refers to it as just 'a nude woman.'

And not a particularly comely one at that: to be a modern sex goddess, she'd need to shift a few pounds from her waist to her breasts.

But this Venus dates from an arguably more female-friendly era, at least in that respect: most men were grateful just to see a woman naked.

For Twain, though, that wasn't the point. 'It isn't that she is naked and stretched out on a bed—no, it is the attitude of one of her arms and hand.'

The 'attitude' that offended him is the positioning of the woman's left arm so that it drapes over her waist, with her fingers curling provocatively in the cleft between her thighs.

Not only that, but the goddess' smooth mons veneris—her Venus' mount—is the painting's focal point.