Against this backdrop, the Czechs used every dirty trick in the book—inventing many of their own along the way.

In one year, 25 of their operatives carried out over 100 campaigns around the world, a success rate that impressed even the KGB. 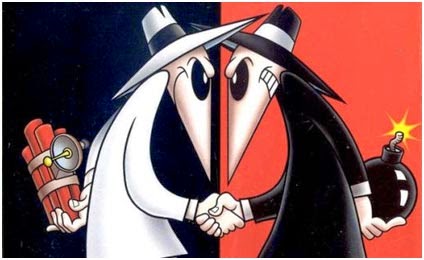 'If they did not have press freedom,' he remarked, 'we would have to invent it for them.'

To try and clean up the mess he helped create, Bittman took a job as a journalism professor in the US after his defection, changing his name in the process.

With some sleuthing of my own, I manage to find the former spy living in retirement.

Now in his late seventies, he's initially reluctant to talk about the bad old days, though he eventually agrees to speak with me on the phone.

Obviously, I'm very enthused about this—it's like getting to talk with a real-life baddie from a Bond film (Connery era), complete with domed skull and piranha underbite. 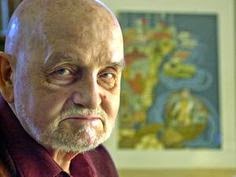 Imagine my disappointment, then, when the spy who came in from the cold pours cold water on the Sex School for Spies story.

'I don't think there was a school for this kind of job,' Bittman tells me. 'From a strictly professional point of view, there's always a very strict security protection in the recruitment of an agent, even if it is a prostitute.'

If you had schools, he reasons, 'this would mean that there would be a class of thirty prostitutes, and they would know each other. That is not professional.'

However, he notes that the set-up may have been different at the KGB: the Soviets thought sexual indiscretions were highly compromising, whereas the Czechs were harder to shock.

After all, Czechoslovakia was where Casanova retired to write his memoirs and where archeologists found the oldest ceramic figurine in the world, the pendulous-bosomed 'Venus of Vestonice,' dating from 27,000 BC.